World-class. Cuban immigrant. Among the world’s best Afro-Latin hand percussionists. And to top it all off? He just turned 40! Cuban native Pedrito Martinez has quickly become one of the most sought-after session men in the industry. His band, The Pedrito Martinez Group, combines conservatory musical training with raw South American musical talent to produce … END_OF_DOCUMENT_TOKEN_TO_BE_REPLACED

The Piano Guys! If you haven’t heard, The Piano Guys have a little something special this holiday season! In a video that has gone viral both on YouTube and Facebook, The Piano Guys prepared Angels We Have Heard On High for one piano and four players (that’s 8 sets of hands!). Check out how they put all of … END_OF_DOCUMENT_TOKEN_TO_BE_REPLACED 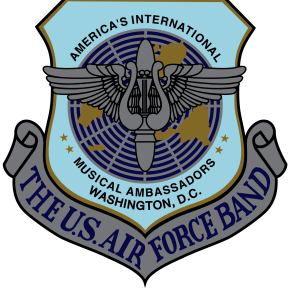 On December 3, 2013, the United States Air Force Band, stationed in Washington, D.C., gave an outstanding flash mob performance at the National Air and Space Museum. Starting with the notes of just a single cellist playing Bach’s Jesu, Joy of Man’s Desiring, the rest of the ensemble, including members of the famous Air Force Singing … END_OF_DOCUMENT_TOKEN_TO_BE_REPLACED

World renown singer, composer, conductor, and arts advocate Bobby McFerrin wowed an audience at the World Science Festival in 2009 with his demonstration of the power of the pentatonic scale. For more information on Bobby McFerrin, visit http://www.bobbymcferrin.com. END_OF_DOCUMENT_TOKEN_TO_BE_REPLACED